Due to its broad definition, the term “hybrid” can be confusing for some. Simply put, a hybrid is any car that uses both gasoline and electric power to move. In that collection of vehicles comes two forms of hybrids, a mild hybrid, and a plug-in hybrid. 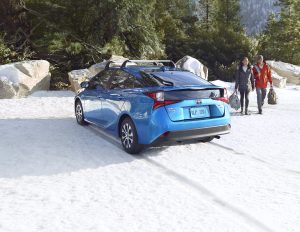 A mild hybrid uses a small battery pack and one or more low-power electric motors. This electric powertrain helps in boosting acceleration and even captures power when the vehicle is braking.

The term “mild” implies that this electric system cannot drive the car on its own. The vehicle will still rely on its gasoline engine, using its electric powertrain for optimization. A mild hybrid does not need to be recharged. Instead, the engine will constantly recharge it, forgoing the need to find an EV charger in Lethbridge.

For decades, Toyota has been a pioneer and leader in hybrid technology. Toyota currently offers the following hybrid options:

Soon joining this lineup of Toyota hybrid cars will be the all-new Toyota Corolla Cross and Toyota Tundra. 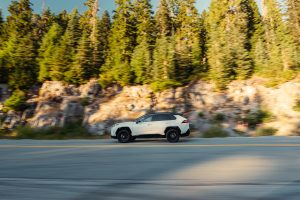 Plug-in hybrids take the same formula and upscale it. Larger batteries and electric motors allow for more power. A Plug-in Hybrid, or PHEV, can drive on electric power alone. After the battery is drained, the gasoline engine kicks in.

Toyota’s two PHEV models, the Prius Prime and RAV4 Prime have rated all-electric ranges of 25 and 42 miles, respectively. In the winter, the cold weather will reduce these ranges slightly. The most significant benefit of a plug-in hybrid is, of course, the gasoline engine, preventing you from running out of juice.

If a driver wants to experience the full benefits of a PHEV, they will need to plug in and charge their vehicles to replenish the battery. When not fully charged, the PHEV can act as a regular hybrid.

Toyota hybrid batteries are rated to last ten years and beyond. Every Toyota hybrid in Lethbridge has a 10-year/240,000km warranty for their battery for added peace of mind.

How to Charge a Toyota Plug-in Hybrid?

While it’s not required to keep a Toyota plug-in hybrid charged, it is advantageous. An included charging cable can be plugged into any regular household plug. This will yield a full charge on the Prius Prime in about five and half hours. Using a higher-powered 240V outlet will decrease the time in half. Any electrified vehicle can be charged outdoors with an appropriate outlet, reducing the need for a garage.

Finding a car charger in Lethbridge is now easier than ever if you want to charge away from home. With a simple search, stand-alone apps like PlugShare and Google Maps showcase every available charger in the area.

Next Post
Lethbridge ToyotaBlogOwning a Hybrid Toyota in Alberta, Canada